Please complete our booking form (below) to arrange a travel vaccination consultation.

A member of our staff will contact you within 24 hours to arrange a visit to our clinic.

We will require a 25 euro deposit to confirm your appointment. This deposit is refundable with cancellation up to  24 hours before appointment.

Our doctors are experienced in both travel and expedition medicine.

Below you will also find useful links to information which may be useful when travelling, including our vaccination by country link – which will guide to the various vaccines you might require.

Unfortunately, many of the diseases that the more developed countries have eliminated are still prevalent in other parts of the world.

Travellers to tropical countries as well as to many other regions will need to be vaccinated against these diseases. Examples include: yellow fever, hepatitis, typhoid fever, polio, diphtheria and many others.

When deciding which travel vaccines are required, each individual traveller should obtain information relating to the country or countries they intend to visit. It should be noted however, that even experts disagree on the detail and travellers may receive conflicting information.

Travellers should therefore assess their own risk by considering the nature of their trip; For example, a business traveller visiting only hygienic, air conditioned premises for a few days cannot be compared to someone travelling extensively to rural areas of the same country where health risks are considerably higher and access to medical facilities is limited or poorly developed.

Despite their success in preventing disease, vaccines are not 100% effective all of the time. The vaccinated traveller should never assume that there is no risk of catching the disease against which they have been vaccinated. All the usual precautions should be followed carefully as these can be as important in preventing the illness as the vaccine itself.

Immunisation against Typhoid, Hepatitis A and Polio is not critical for short stays in high class accommodation within many tourist resorts in countries otherwise at risk. Adherence to the rules for eating and drinking safely is however, always recommended.

The elimination of Poliomyelitis in many regions may cause people to question the need for immunisation. It is generally accepted however, that protection is necessary for travel outside Northern and Western Europe, North America, Australia and New Zealand.

Polio boosters are no longer required for travel to the Americas including South and Central America so long as individuals have had a primary course of polio vaccine during their lifetime.

Nowadays there are very few mandatory immunisation requirements for travellers. Yellow fever is the main example and is only required for parts of Africa, South America and Asia. A certificate of vaccination is often required when entering a country from another country where yellow fever is endemic.

Very often vaccination regulations are a public health measure for the receiving country rather than for the protection of the individual.

Travellers may sometimes be informed by travel companies and embassies that “nothing is needed”. Be warned, this could mean that no vaccination certificates are required for entry into that country. Immunisation may however, still be recommended.

Live vaccines should be administered at least four weeks apart or on the same day. However, the two oral vaccines typhoid and polio are usually separated by at least two weeks due to interference in the gut. Oral typhoid may be given concurrently with yellow fever or HNIG.

Inactivated vaccines can be given simultaneously with any other vaccine but at a different site for patient comfort. Concurrent administration does however, make it difficult to elucidate adverse reactions.

Malaria is a serious and sometimes fatal disease which is widespread in many tropical and subtropical countries. It is caught by being bitten by an infected mosquito that is carrying the malaria parasites in its saliva.

The malaria parasite is a microscopic organism called a Plasmodium and it belongs to the group of tiny organisms known as protozoans.These parasites enter the host’s bloodstream when bitten by an infected mosquito and then migrate to the liver where they multiply before returning back into the bloodstream to invade the red blood cells.

Malaria occurs in over 100 countries and more than 40% of the people in the world are at risk. Large areas of Central and South America, Hispaniola (Haiti and the Dominican Republic), Africa, the Middle East, the Indian subcontinent, Southeast Asia, and Oceania are considered malaria-risk areas

Mosquitoes cause much inconvenience because of local reactions to the bites themselves and from the infections they transmit. Mosquito bites spread other diseases such as yellow fever, dengue fever and Japanese B encephalitis.

Mosquitoes bite at any time of day but the anopheles bites in the night with most activity at dawn and dusk. If you are out at night wear long-sleeved clothing and long trousers.

Mosquitoes may bite through thin clothing, so spray an insecticide or repellent on them. Insect repellents should also be used on exposed skin.

Spraying insecticides in the room, burning pyrethroid coils and heating insecticide impregnated tablets all help to control mosquitoes. If you are sleeping in an unscreened room a mosquito net (which should be impregnated with insecticide) is a sensible precaution. If sleeping out of doors it is essential. Portable, lightweight nets are available.

NOTE: Things like Garlic, Vitamin B and ultrasound devices do not prevent mosquito bites.

The tablets you require depend on the country to which you are travelling. Start taking the tablets before travel take them absolutely regularly during your stay, preferably with or after a meal and continue to take them after you have returned. This is extremely important to cover the incubation period of the disease.

The peak biting times for many mosquito species is dusk to dawn. However, Aedes aegypti that transmits yellow fever virus, feeds during the daytime.

The geographical distribution of yellow fever is confined to Equatorial Africa and Central South America.

Strangely, yellow fever is unknown in Asia despite the presence of mosquitos capable of spreading the virus.

Many yellow fever infections are mild and go unrecognised but severe and life threatening illness is not uncommon. After an incubation period of about three to six days fever, headache, abdominal pain and vomiting develop. After a brief recovery period, shock, bleeding and signs of liver and kidney failure develop. Liver failure is associated with jaundice hence the name “yellow fever”.

There is no drug available to cure yellow fever hence treatment is aimed at symptomatic relief. Overall about 5% of patients die. Those who recover do so completely and are immune thereafter.
In general, all travellers going to an endemic area require a yellow fever vaccination certificate and travellers going to some parts of Asia from an endemic region will also require a certificate.

This is an unusual arbovirus infection since no other animals except humans and mosquitoes play a significant part in perpetuating the infection. It is present in Africa, South East Asia, the Pacific area and northern South America.

The disease is spread from person to person by the bite of a mosquito (Aedes aegypti) and after about five days incubation period there is a sudden onset of fever, headache and severe joint and muscle pains. The initial fever resolves after about three to five days only to recur with the appearance of a rash consisting of small white spots which starts on the trunk and spreads to the limbs and face. Within a few days the fever subsides and recovery follows.

There is no specific treatment for Dengue but in terms of management, sufferers are advised to take paracetamol and oral rehydration.

Although dengue is a very unpleasant illness, complications are uncommon and recovery is usually complete.

There is also a more severe and life threatening haemorrhagic form of the disease which has appeared with dramatic outbreaks. Fortunately this form occurs only rarely.

This is thought to be the result of a second infection where there is some remaining immunity from a first attack causing a vigorous immunological response in which severe blood vessel damage occurs.

Unfortunately, immunity to infection does not last long and subsequent attacks are possible. There is no vaccine available. Prevention is by avoiding mosquito bites. 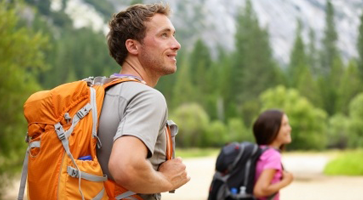